GST vs SST in Malaysia

Your Malaysian GST to SST guide: Know what’s happening, understand the fears, and be prepared for the change from GST to SST which the 1st stage of implementation happening with zero-rated GST this June 2018. 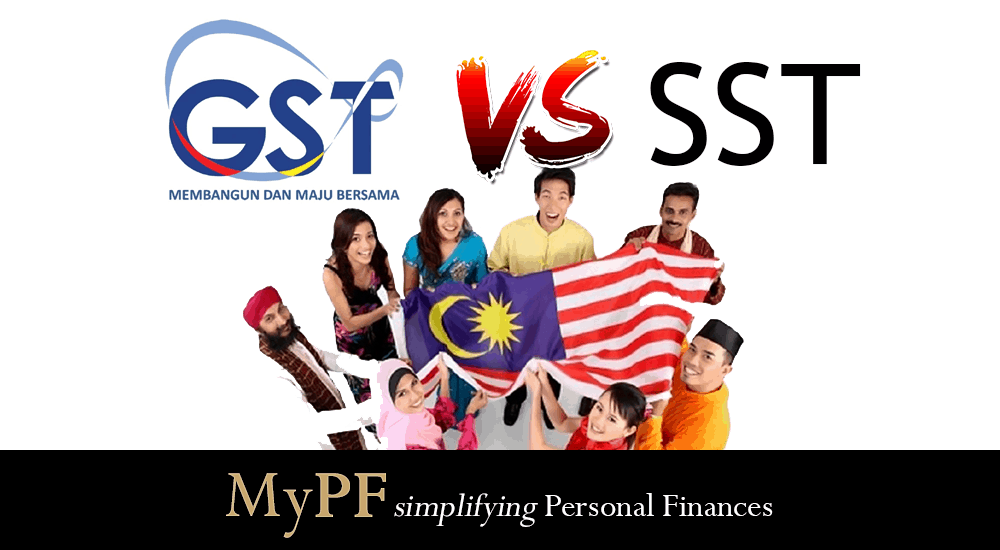 What is GST and SST

Goods and Services Tax (GST): is a tax on most products and services for domestic consumption at every level in the production process. GST can be claimed as input tax for companies with revenue above RM500k. GST was implemented in April 2015 replacing SST. GST is the most commonly used form of taxation used by 160 / 190 countries globally. GST is also known as Value Added Tax (VAT) in some other countries.

Sales and Service Tax (SST): are actually covered by 2 separate tax laws on a wide variety of goods and services at a single level implemented in 1970s. The Sales Tax Act 1972 is a single-stage tax charged typically at the manufacturer’s level. The Service Tax Act 1975 is a single-stage tax charged at the consumer’s level except at tax free zones. The sales tax was at 10% and service tax was at 6% respectively prior to being replaced by GST in 2015. 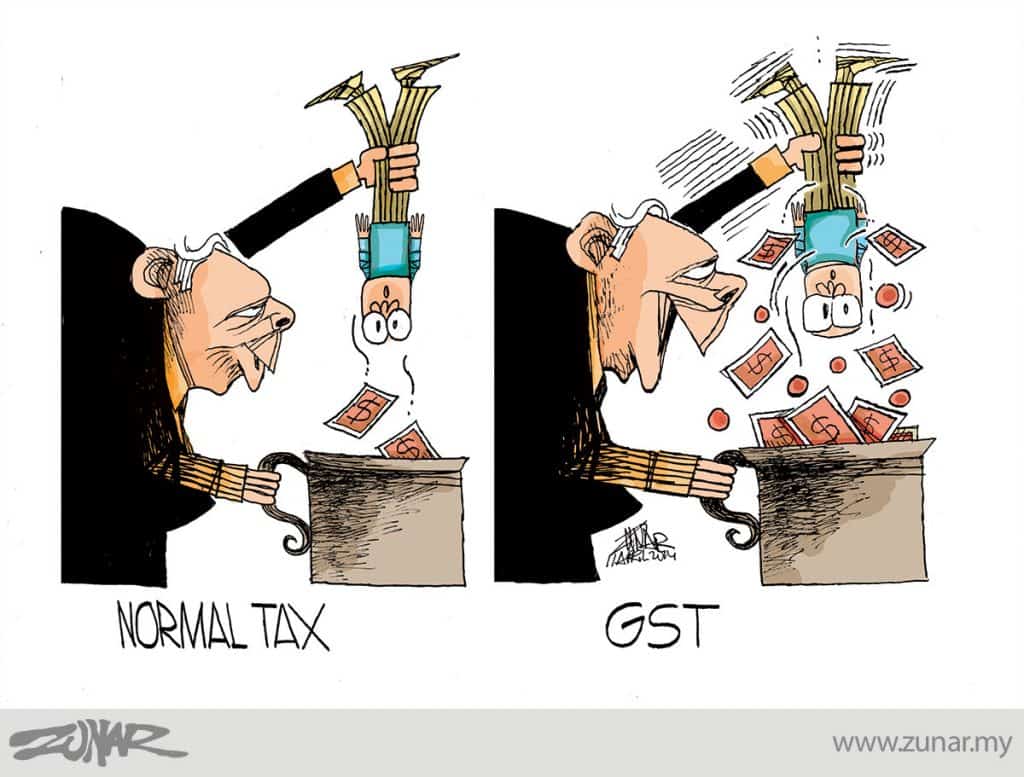 Moving From GST to SST 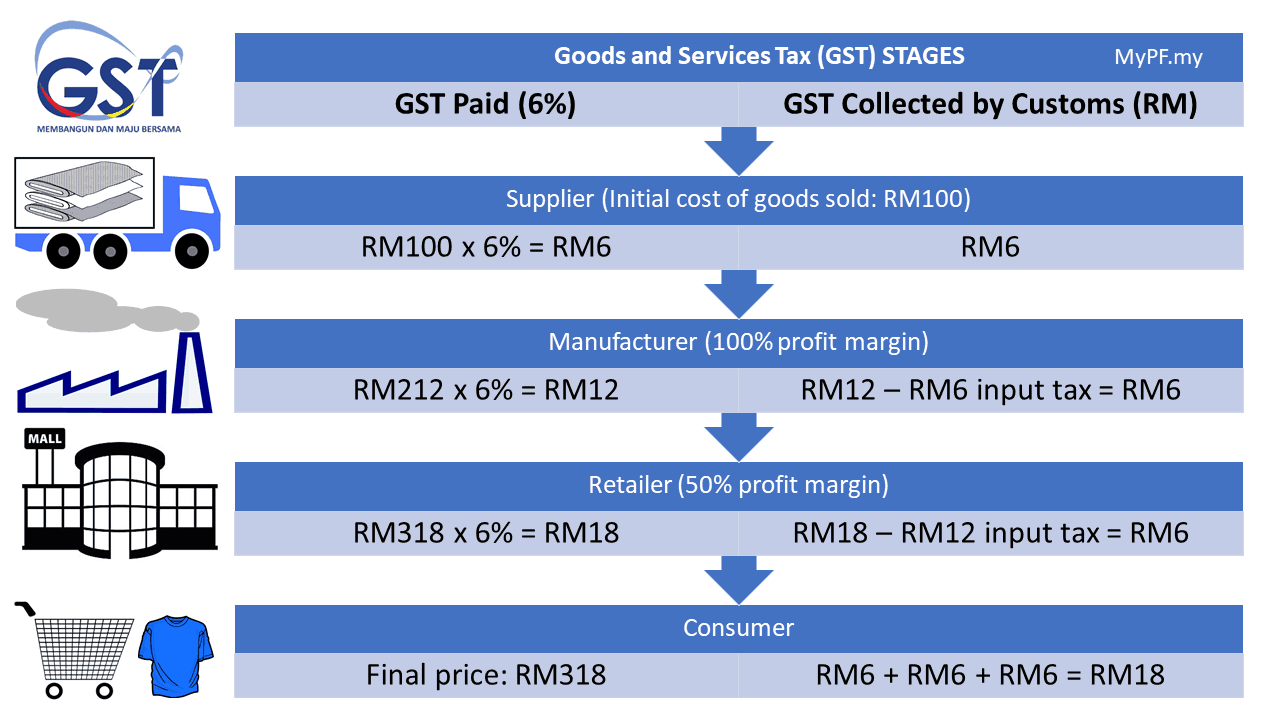 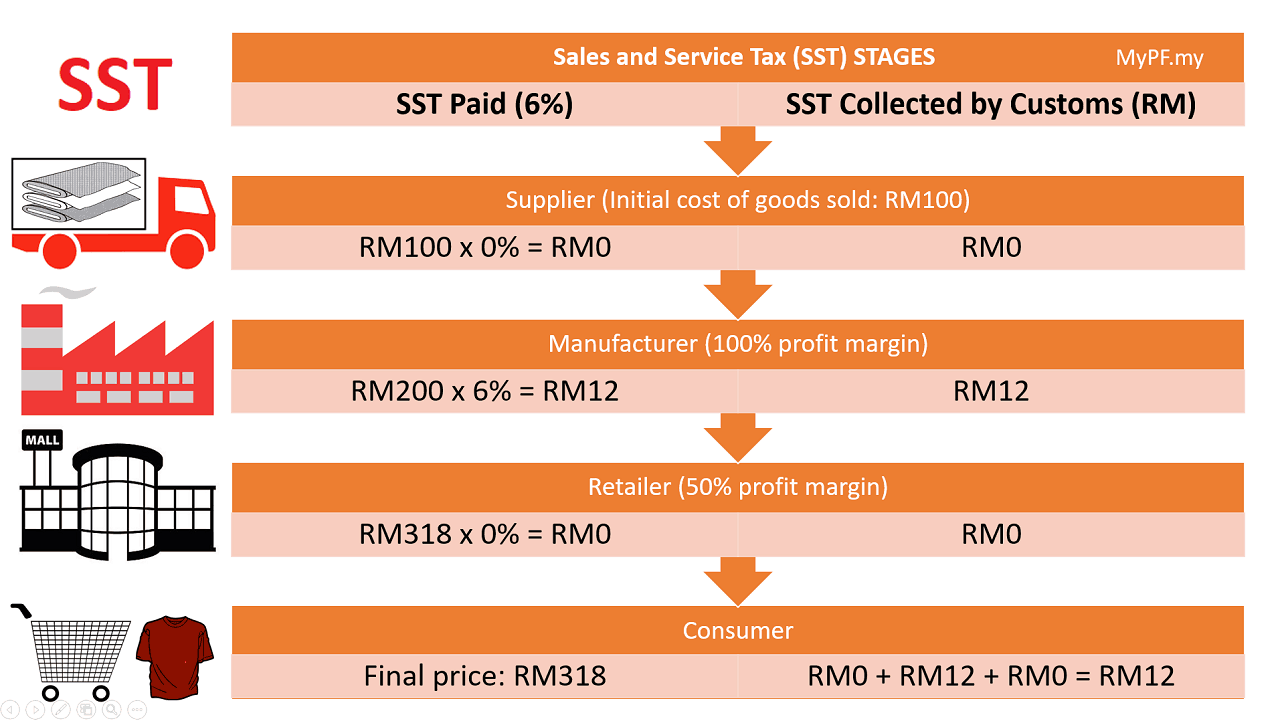 This SST example makes certain assumptions for simplification purposes and is at 6% (instead of 10%) to show the difference between GST vs SST at the same % tax rate.

Why is Less Tax collected with SST vs GST?

The implementation of GST also resulted in an increase of items being taxed compounded with companies facing issues claiming back input tax (or even proceeding to pass through additional costs at each level to consumers).

Additionally, GST is a consumer-only tax which is tax neutral for companies. SST is tax-deductible for companies which lowers overall tax collected.

What’s the hoohah on GST to SST?

The cancellation of GST is a key part of the new government’s election manifesto. Public opinion is generally that GST caused prices of goods and services in Malaysia to go up without the country seeing significant benefits to the additional tax revenue collected. A key question being asked is how will the change from GST to SST affect businesses as well as consumers?

Why 0% GST instead of GST being abolished

0% GST (zero-rated) will allow a smoother and lower cost transition from GST to SST.

Additionally, parliament needs to meet and approve GST Act officially before it can be replaced by another tax law. 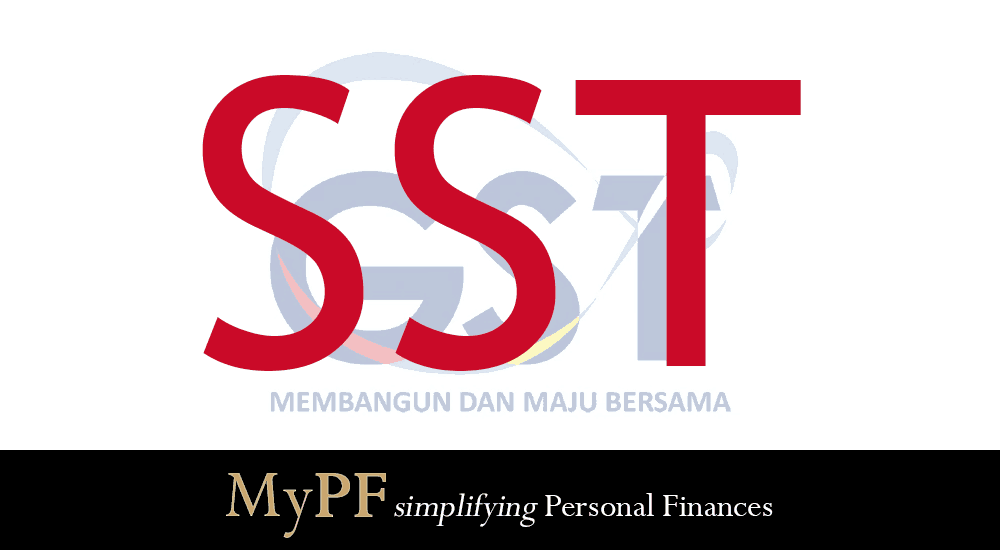 GST to SST Collection Shortfall to be covered by:

Other GST to SST Impact

“Tax money will be used for public purposes for the benefit of the people. Generally, it has been proven that if people believe that the government is using the obtained tax money for the right purposes, they are willing to pay more and we hope that we can instill this confidence among the taxpayers.” ~Lim Guan Eng, Finance Minister

What are your thoughts and queries on GST versus SST?